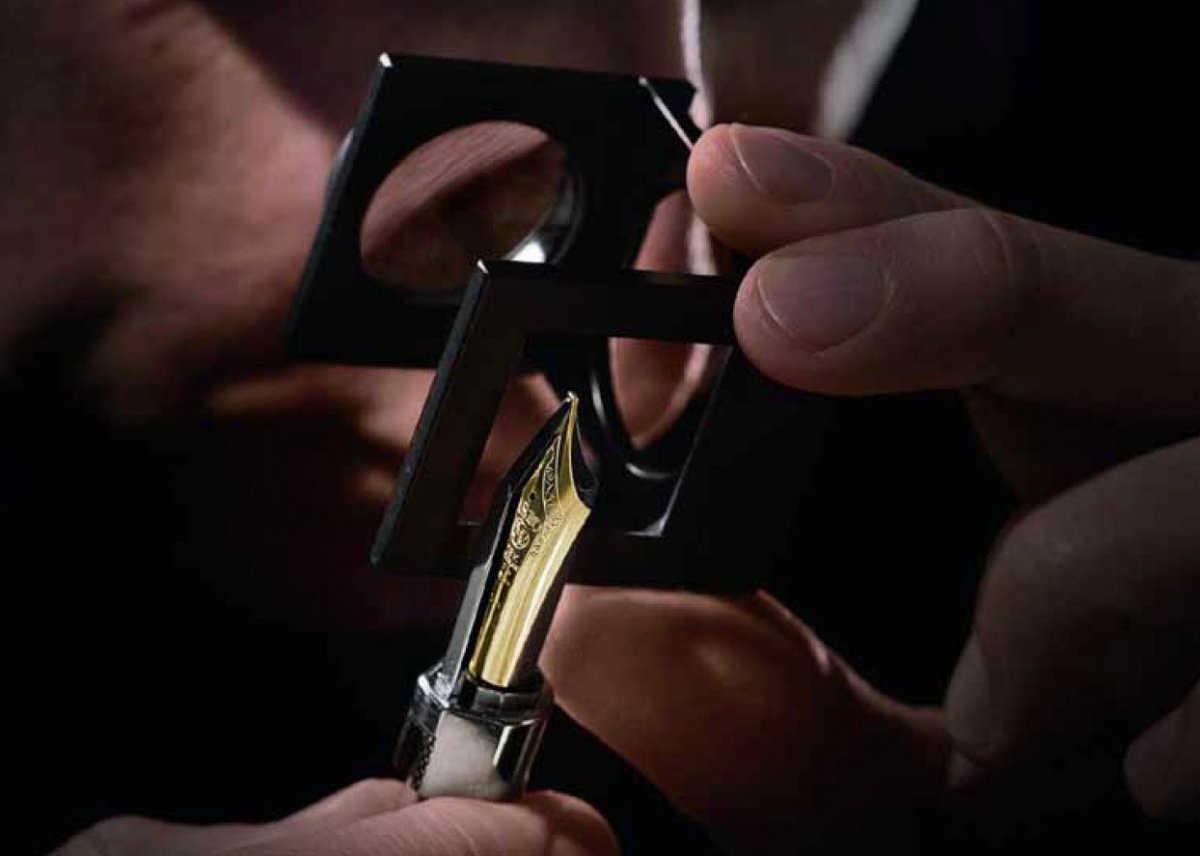 Nothing can ever replace the hand-written word, declares Christian Rauch - and while that's what you would expect to hear from a man whose business card bears the splendid job title 'Managing Director Writing Culture' at Montblanc, its truth is evident.

This goes beyond the fact nobody has yet come up with a satisfactory alternative to the signature. In this modern i-Age, when our correspondence is almost entirely via keyboard or screen, a handwritten letter has greater value than ever: it is unique, personal and - because it embodies the writer's time and care - its contents will inevitably have a deeper impact. Even a typed letter that is simply 'topped and tailed' by hand carries more meaning than an entirely machine-generated one (let alone an electronic one).

If that writing is done with a well-chosen fountain pen, rather than scribbled out with a ballpoint, so much the better - and encouraging that is Rauch's raison d'être. As evidence that the power of the handwritten word has never been stronger than it is today, he says, Montblanc's business is "bigger and stronger than it has ever been". "We sell fewer pens but they are of higher quality - and this is the case all over the world, not only in cultures with a tradition of calligraphy."

Choosing a nib that suits your handwriting is key, says Rauch, which is why nine different nibs come as standard at Montblanc - and why the company now also offers a bespoke nib service. The standard and bespoke options are feasible only because Montblanc still makes all of its nibs by hand - a process involving 35 different steps.

"Ninety per cent of people use a Medium nib," says Rauch, "either because the pen was a gift or because they didn't realise what effect a nib has. Either way, it's about playing safe. Handwriting expresses a lot about a person and only a great pen can translate that properly to paper, so it's worth being a little daring and finding your style of pen."

Writing a phrase with each of the nine standard nibs reveals how much difference it does make - in comfort, smoothness and what my old school teachers used to call 'neatness'. And, while the difference between some of the nibtips is barely discernible to the naked eye - I now understand why my own much-loved 30-year-old Montblanc (passed on to me by an old friend) has never felt quite right.

Being taken through Montblanc's patented handwriting analysis by Stefan Friedrich, the company's Deputy Head of Nib Manufacture (another great job title), makes it clear just why a few microns' variation in the nib tip is worth bothering about.

The simple act of writing a few lines and signing my name (with a rather uncomfortable-feeling high-tech pen, on an electronically linked tablet) gives Montblanc's computer screeds of information about my writing - and the ways in which it differs from everybody else's: the pressure (how much, and on which strokes of each letter and which part of each word), speed (above average - meaning a 'dynamic and spirited' writing style), pen angle (relatively low - making my handwriting 'relaxed and well-balanced'), pen rotation ('steady, which ensures optimal ink flow and enables you to write with a broad nib') and swing angle (my range 'implies pronounced wrist movement within the writing process').

All of which adds up to my prescription of an 'OF' (oblique fine) bespoke nib - which could be fitted to my existing pen body or to a larger or smaller one if I chose. To commission it would entail a six-week wait for it to be handmade in the Hamburg atelier - part of the pleasure of having anything made to measure.

In the meantime, though, I'm left with a dilemma: to change my vintage nib to the shape that would better suit my writing, or to keep the beautiful original and put up with it being just a micron or two less than perfect to use.