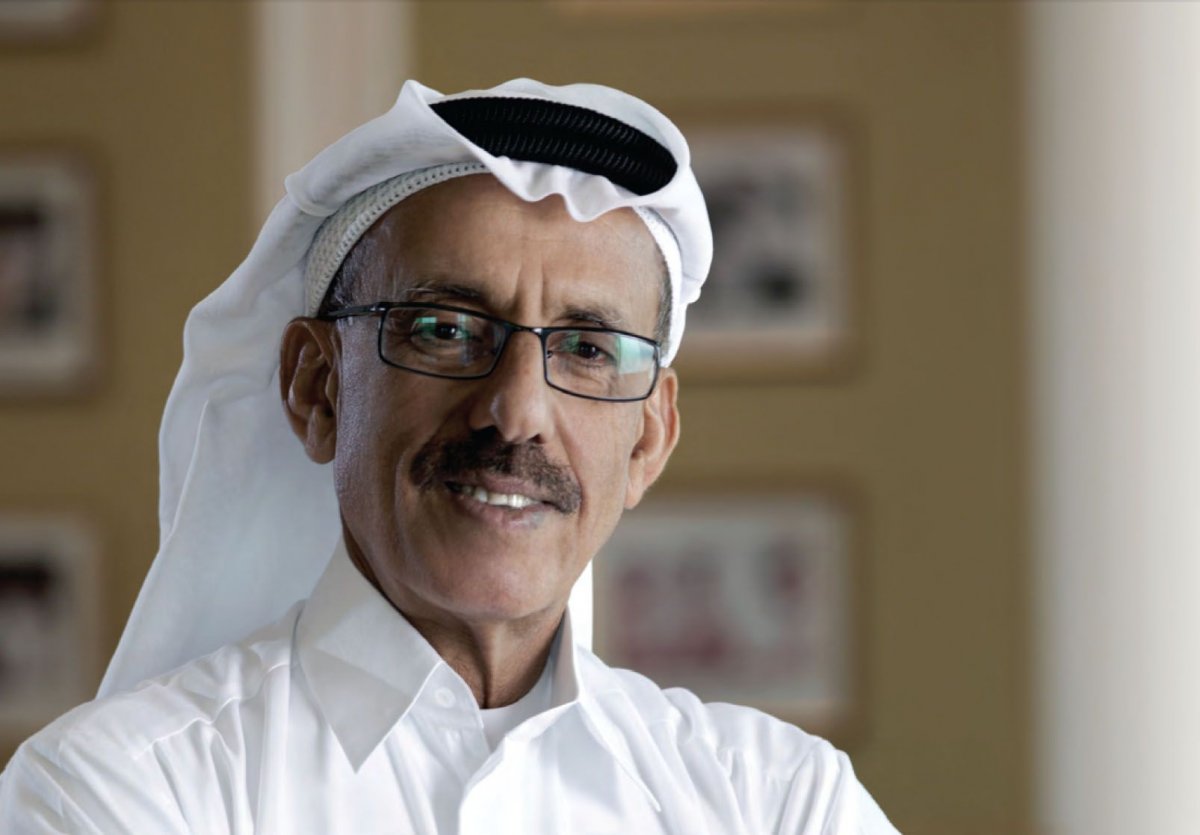 The weather in Hungary on 7 May, 2012 was grey and the pavements of the capital were spattered with puddles. But that didn't deter Khalaf Al Habtoor from raising the UAE flag outside Le Meridien Budapest, his latest acquisition.

"I raised the flag in heart of the [Hungarian] capital so that the TV, media, everyone could see the UAE flag raised for the first time in their country. Wherever I go and I have investments I will raise the flag because I am proud. It is the duty not only of our government officials to talk about the country abroad, it is also the citizens," the founder and chairman of Al Habtoor Group says.

"My father was not a businessman - he didn't have a business mentality at all," says Al Habtoor, "but he built me, shaped me, taught me how to ride camels, how to hunt and live in the desert [from] when I was less than 10 years old."

He went with his father to the majlis, too. "If someone asked why I didn't like playing with the other children I told them I didn't know; I said 'I enjoy sitting with these men'. Thank God, because if I had sat with the children of my age I wouldn't have learnt anything and maybe I would still be an employee," he laughs.

With very little money but grand plans, Al Habtoor worked at a construction company in Abu Dhabi then quit to establish his own. His firm impressed Dubai's then-ruler Sheikh Rashid Bin Saeed Al Maktoum by completing projects ahead of schedule. Sheikh Rashid awarded Al Habtoor several projects, and a 20-acre plot of land on which to build one of the city's first luxury hotels, The Metropolitan.

Four decades on, Al Habtoor sees it as his responsibility to give something back to the country: "Without the UAE I would not be here; it gave me the doors of opportunity to open," he explains. "Our government promotes the country on a great scale and without them and their investment, we would not be in the position we are in today. As business leaders it is our role to back them; we are creating the facilities. Me and my family, we [do the same as] the official ambassadors overseas; we promote our country everywhere."

"This is the responsibility of anyone loyal to their country but, unfortunately, I don't see many business leaders doing that," he adds. "I wish they would. There is no need for them to be officially appointed as an ambassador [in order to do so]."