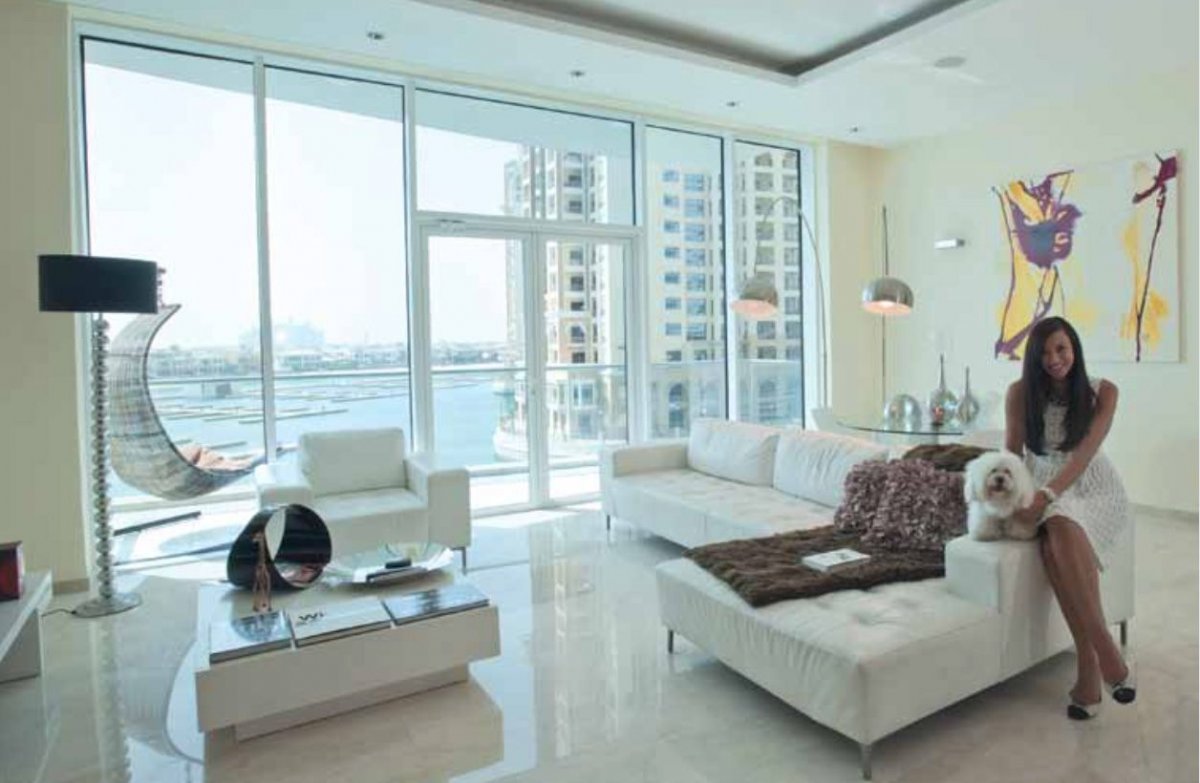 From the luxurious white furnishings to the blazing brightness of the sea view, Shereen Mitwalli's apartment on Palm Jumeirah dazzles from the moment you set foot inside. It's a fitting reflection of its glamorous occupant. Shereen is a well-known face in Dubai, a TV presenter and events moderator who also owns a recruitment company in Australia.

"When i come home, this is my space where I relax. when I'm on set or at events, there are so many people milling around, so I need a place to be tranquil," says Shereen, who moved into the three-bedroom apartment in Oceana six months ago. "I love water, I'm a Pisces so I feel peaceful next to the ocean."

Shereen found her apartment in a rather roundabout way, she says: "I had been looking for a waterfront apartment for some time and when I came to dinner one night at west 14th [within the Oceana complex] I could see that the area was great." She moved her search to Oceana. "This apartment hadn't been lived in before - I think the owner forgot he owned it! As soon as i saw it, i snapped it up."

When she first visited the Palm several years ago, Shereen's reaction was, simply, 'Wow!' she laughs. "I was fascinated on so many different levels. it felt as though i had gone out of Dubai into a new city." That sense of the Palm being a place apart has been a big factor in Shereen's contentment about her home: "the fact that it's so different from the rest of Dubai is important; while I love the hustle and bustle, I don't want my home to be in the middle of cars driving, sirens, beeping...

The Palm offers this. it's so close to my work commitments in media City, to the marina, my brother's home in JBR - and yet far enough away to live in serenity." For Shereen, living in an apartment on the Palm offers the best of both worlds - the sense of calm that comes from being on the waterfront with the convenience and simplicity offered by an apartment.

"I'm ultra-modern and minimalistic and having positive energy in my home is important. I hate clutter and that is a direct reflection on my personal life. It's uncomplicated and that's how I like it".

The sophisticated simplicity of the apartment, its sea view, and the light that floods in provide a perfect setting for two paintings by Australian artist Colin Sweeney; they add a vivid pop of colour. "I'm an artistic person and a celebrator of success," says Shereen. "It's important to me that my home is a reflection of that, but that it's also a place that re-balances me. It's my little getaway." 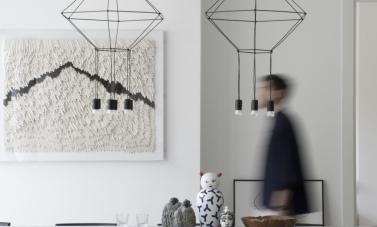 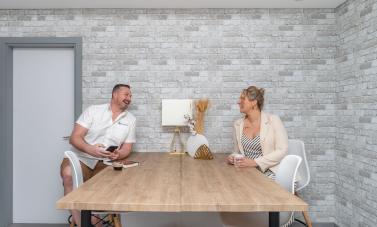