Located in Abu Dhabi, Louvre is an art and civilisation museum that opened its doors for the first time on November 8, 2017. It was inaugurated by the French President, Emmanuel Macron; the Vice President of United Arab Emirates, His Highness Sheikh Mohammed bin Rashid Al Maktoum along with the Crown Prince of Abu Dhabi, His Highness Sheikh Mohammed bin Zayed Al Nahyan.

The project forms a part of a thirty-year agreement between Abu Dhabi and the French government. The largest art museum in the Arabian peninsula, Louvre is located in Saadiyat Island Cultural District and covers an approximate area of 24,000 square metres, featuring 8,000 square metres of galleries. An area of 6,000 square metres is reserved for permanent collections, wheres 2,000 square metres will be occupied by temporary exhibitions. It showcases artworks notable French museums including Musee du Louvre, Musee d'Orsay, and Centre Pompidou.

The architect behind the museum's incredible design is Pritzker-prize winner Jean Nouvel, who is also known for designing the Institut du Monde Arabe in Paris.

Designed like a "seemingly floating dome structure", Louvre features a web-patterned dome that welcomes sunlight inside. The effect on the light represents "rays of sunlight passing through date palm fronds in an oasis."

The museum also features a falaj-inspired water system that runs through the museum. It draws inspiration from ancient Arabian engineering. There is also the orderly lace dome that is inspired by the interlaced palm leaves that were traditionally used for the purpose of roofing in many parts of the UAE.

The three-languages wayfinding system that the Louvre features was designed by Philippe Apeloig. It is implemented in Arabic as well as Roman script. Whereas Frutiger LT typeface has been chosen for the Roman texts for its perfect readability for signage, Lebanese typographer Kristyan Sarkis offers an Arabic bespoke typeface, the LAD Arabic, based on the classic Naskh style and his Colvert Arabic font.

The designs that the pictograms depict, was inspired by none other than Louvre's architecture, especially by the abstract shapes that are created by the light that filters into the museum through its dome. The pictograms on feature are a combination of several of such shapes, creating silhouettes and objects. 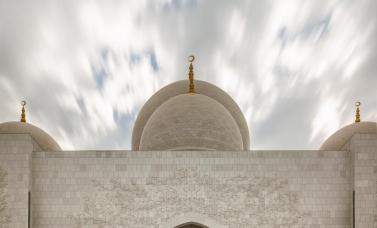 This year, we are all going to observe Ramadan in Dubai differently. 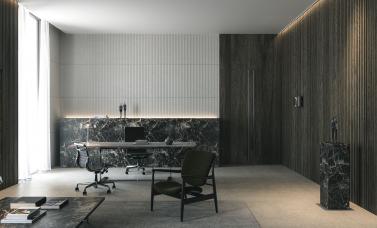 Our team at Luxhabitat is still here for you during these trying times. 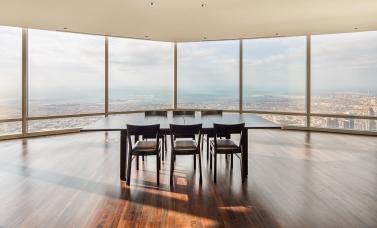 How social distancing, quarantine & isolation will change the way you view, spend time & design your home